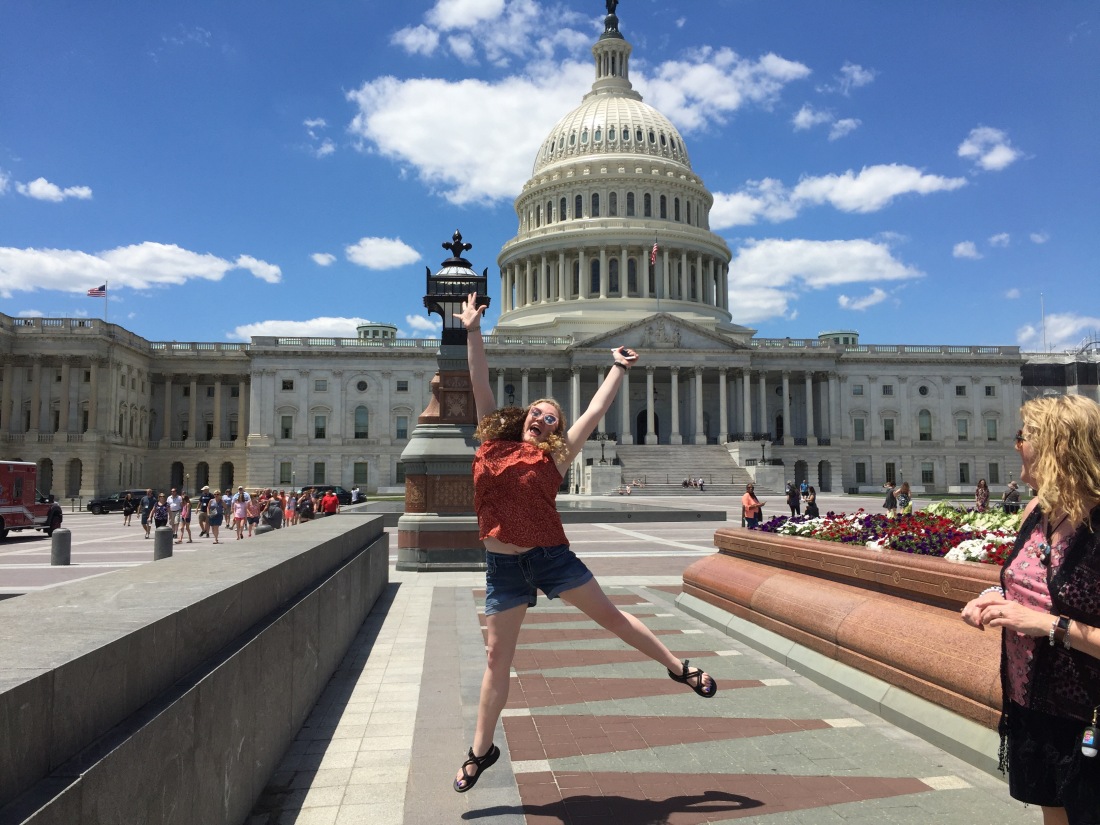 The Capitol of the United States of America. It’s a busy place where everywhere you look there are people scurrying by on their way to work, cars and tour buses flying past, and at least one security person every 100 feet (or so it seems). There’s a lot going on in Washington, D.C. and last week I found myself thrown right in to the heart of it. As a part of my family’s biannual trip up to Pennsylvania we decided to make a pit stop in D.C. for a few days and explore the city. So, here’s a little look in to our adventure!

DAY ONE (Sort of): The trip started off with a 6 hour drive to Arlington, VA. We got to our hotel at around 7:30 pm and to be honest I felt completely miserable. The day before we had left for vacation I had actually been diagnosed with a sinus infection and had horrible nausea and sinus headaches. Therefore, I decided to spend the first night sleeping in order to hopefully make myself feel better for the rest of the week!

DAY TWO: Day two of our D.C. adventure started out a little late because we had to get all of our stuff out of the hotel because that night we were moving in to Washington. By the time we got out and about it was actually lunch time so we hit up an Arlington pizza place called Pupatella. THE PIZZA THERE WAS THE BOMB. The restaurant itself had a really modern, Neapolitan vibe to it and the pizza tasted just as great as it looked. After filling up on delicious, cheesy goodness, we headed to Arlington National Cemetery. Arlington Cemetery is a place that is hard to accurately describe. It’s beauty is stunning and really a place to behold, but then you also realize that you are surrounded by thousands of people who lost their lives serving our country. It really makes you think about how valuable life is and how lucky we are in America to have such brave people fight for our freedom and safety every single day. It definitely made me thankful to live where I live. We took a tour around the cemetery and admired its beauty and meaning every step of the way. We got on the last shuttle of the day and headed back to our car to drive in to D.C. and check in to our hotel and get some rest. 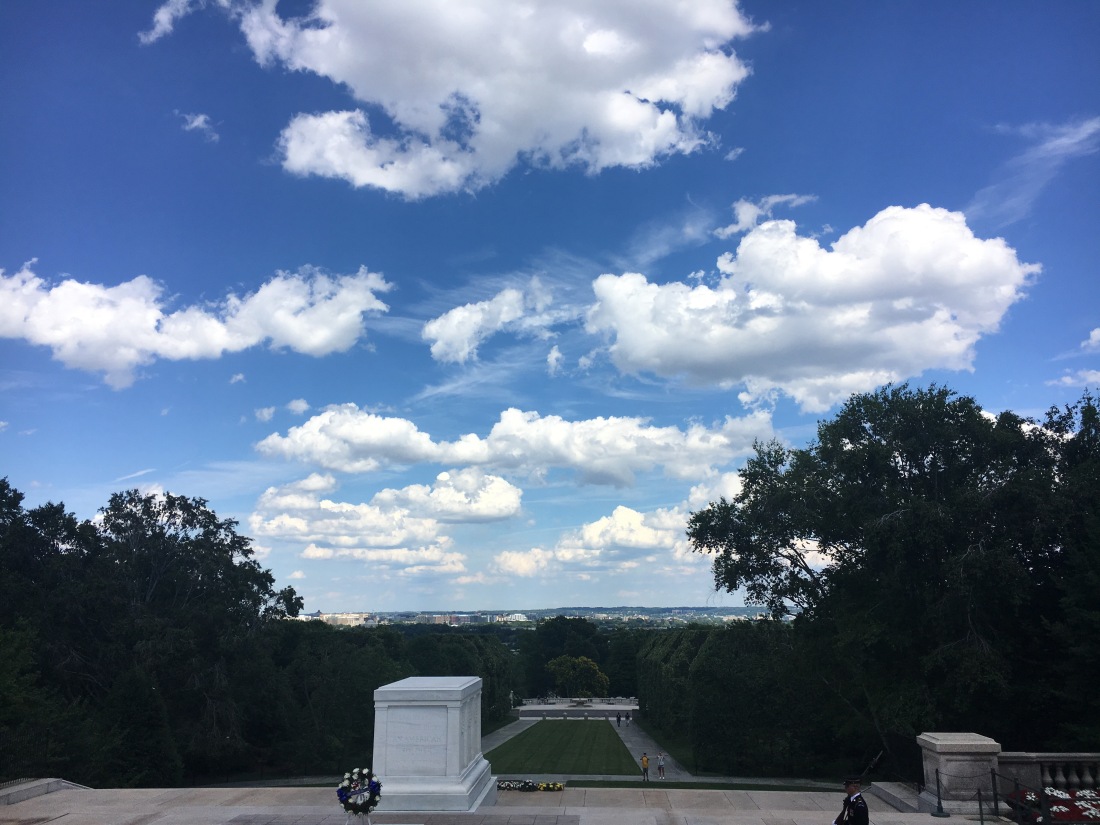 DAY THREE: Our first real day in the capitol! We walked a few blocks to the nearest Metro station and hopped on the train to go visit the capitol building. I just want to start this by saying that this building is absolutely stunning. We stood outside and took it all in for about 30 minutes and decided we needed to check out the inside of this place. Lucky for us, the line to get in wasn’t super long so we got right in and jumped in to a tour group to learn more about what goes on in this massive building. It isn’t just a place where the House and Senate meets, but it also holds some beautiful statues and paintings of historical figures. If you are ever in D.C. and have a chance to tour the capitol building I would highly suggest it! Plus, it’s free & air-conditioned!! How can you say no to that? We finished up our tour of the Capitol and realized that we were starving. We quickly looked up the closest place to eat and walked to a British-American pub called The Alibi. This place was amazing! The food was fantastic and the service was even better. The two men working there were the nicest people (not to mention their awesome accents) and even brought us some phone chargers when we were complaining about our dying phones! If that’s not customer service I don’t know what is. When we got our food it was delicious! I had the sausage rolls and I wish I had ordered three more plates because they were that good. With full stomachs we decided to walk our food off by heading up to see the White House. To be completely honest, I was disappointed by the White House. I don’t know why but I thought it would be bigger and more grand. There was however a fun lady singing about how Jesus needs to be in our government and another man screaming in a foreign language and pouring bottles of water on himself. So I think that made up for it!

DAY FOUR: The next day was spent in the very beautiful National Botanical Garden. Every where you looked there were plants and flowers like you’d never seen before. They had a really nice layout of rooms with different themes that made for a really fun self-guided tour. We spent a large chunk of the day taking in God’s beautiful creation and then decided to visit the Smithsonian Air and Space Museum! I have to admit, this museum bored me at first because it was all about aviation, but then we got to the astronomical section and I found it MUCH more fascinating!! We only had an hour and a half to look around the museum before it closed, so we didn’t get to soak a whole lot in but it was still fun! We had dinner at an amazing restaurant called Founding Farmers which was super delicious and supports local farmers. Plus, our waiter was so nice! It was a great way to end the day. 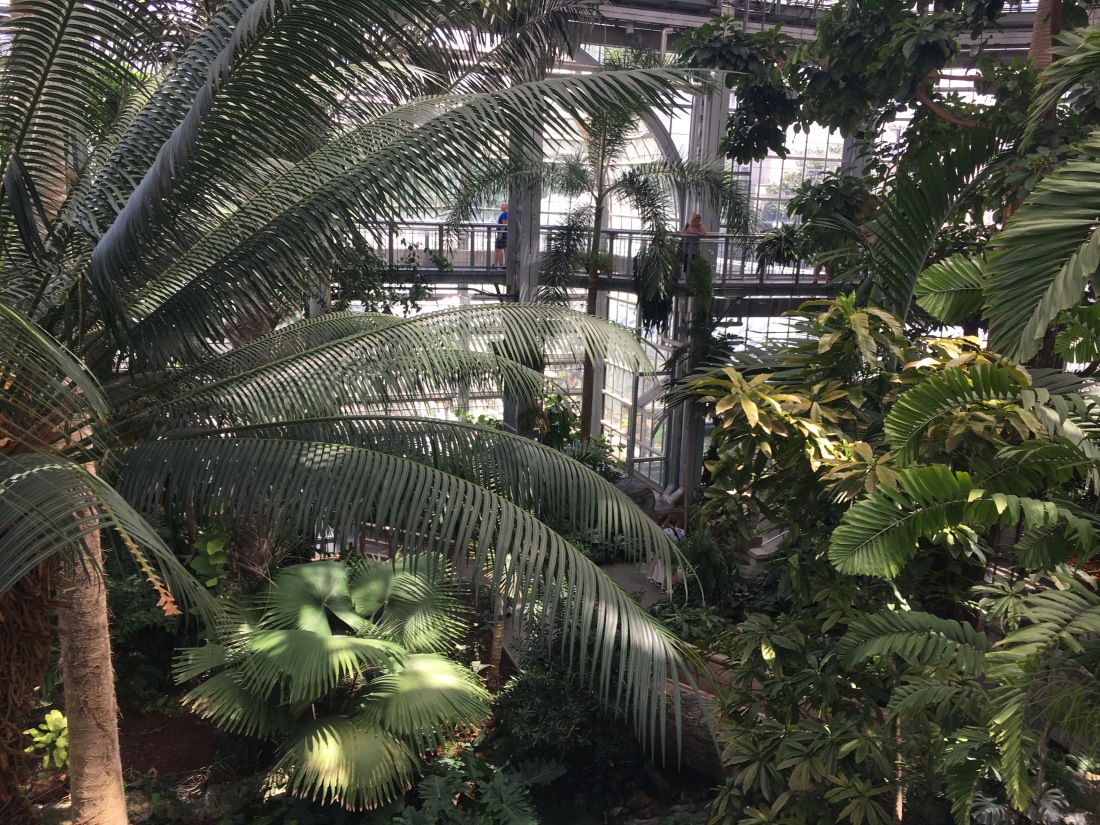 DAY FIVE: Our final day in Washington! This was an unplanned day as we were actually supposed to be in Pennsylvania. We started running out of time because of everything there is to do, so we stayed an extra day (which I wasn’t to keen on but you have to roll with the punches sometimes). Day five was a day completely devoted to museums. We went to the Smithsonian Museum of Natural History and the Smithsonian Native American Museum. Both of these museums were really informative and great to visit! The Natural History Museum had a great exhibit on gem stones and lots of other really interactive exhibits (which are great for me and my tiny attention span)! It was a great way to spend our last day in the capitol. We left the native american museum, grabbed a hot dog from Ben’s Chili Bowl, and headed for Pennsylvania leaving D.C. behind us! 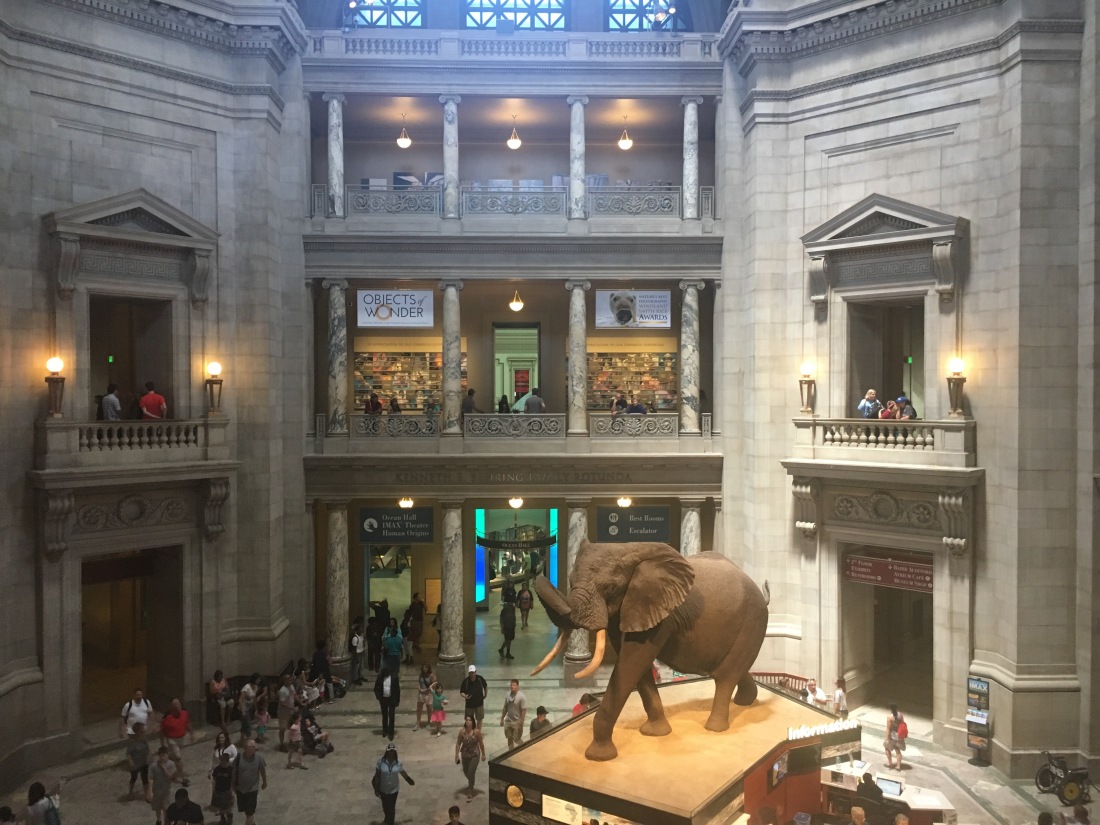 The trip to Washington, D.C. is one I won’t soon forget. I am not a very political person so I didn’t know how much fun I would have, but I actually enjoyed it! I would definitely recommend adding it to your travel bucket list. I hope you’ve enjoyed this look in to my vacation! What place would you like to visit this Summer?

View all posts by Bailey