From the moment we come in to this world we start having experiences. These experiences turn to memories which become stories that you can tell those around you. Stories are what we learn from. Whether a memory is good or bad we learn something from it and there is always a positive; which I know is sometimes really hard to see. To prove that statement i’m gonna start this out deep and talk about one of my least favorite, but most influential, memories. When I was in the sixth grade I lost one of the most important people in my life.

My uncle passed away unexpectedly on May 6, 2010. Just typing that made my stomach drop to my knees six years later. He was undoubtedly my favorite person in the world. He could make me smile no matter what mood I was in and he supported me in every single dream that I had. Then, in the blink of an eye he was gone. I still remember the day I found out so vividly that it almost feels like yesterday. As of this day it is the worst memory I have. It took me a really long time to even consider that something positive could come from this. The one positive thing that sticks out is that I will never again take a person’s presence in my life for granted. It’s extremely true that you don’t know how much a person impacts your life until they aren’t around anymore. 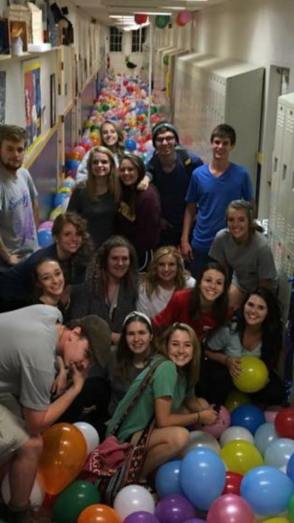 I didn’t get a chance to tell my uncle how important he was and I never want that to happen to anyone else in my life.  Now I am trying to follow in his footsteps of encouragement and kindness. It seems like the world could use a little more brightness these days and I want to help spread that.  As a busy college student it’s hard to stay upbeat all the time but I am trying my best and sharing what I’ve learned along the way.

P.S. his daughter, my cousin, has some really cute kids so I just have to show you all some pictures of them! (Dylan is two and Noah was born just a few days ago on January 25, 2017) 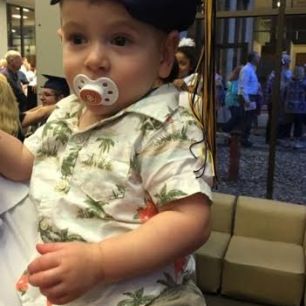 Hi, I’m Bailey! A college senior studying media & communication with a concentration in advertising & public relations in East Tennessee. I can likely be found making stupid jokes, tripping or running into something, pet sitting, or talking someone’s ear off. Oh yeah, I also used to work at Walt Disney World! Welcome to the online, public diary of my life.

I have no worries...until school starts back in 10 days. One more semester, I can make it through!! Then maybe it’s back to Disney World 🤔🤞🏻✨ . . . . . . . . . #hakunamatata #waltdisneyworld #wdw #disneyworld #disney #orlando #orlandofl #florida #lionking #timon #rafiki #meerkat #monkey #disneycollegeprogram #dcpspring2019 #disneyalumni #disneyprograms #college #disneysanimalkingdom #animalkingdom #dak #waltdisney #christmas #showyourears #shareyourears
Finals week has me feeling like a mix between sleepy & grumpy (& lets be honest - a little dopey)! Only one final left until I’m done & only have one semester left of college!! . . To be honest, this semester has been probably the hardest one of my undergrad. I was the account exec for my capstone project that got flipped halfway through & ended up switching clients with one month left to finish what we were supposed to have a whole semester for. That on top of the post Disney depression had me struggling the whole way through. It was a learning experience FOR SURE and reminded me how hard I need to work for my dream of building a career working for the Walt Disney Company! On to one more semester of adventure before it’s time to find my path.
Wishing I was celebrating Christmas with my pals from the hundred acre woods instead of preparing for finals! . . Good luck to everyone else who has finals coming up. Sending lots of pixie dust your way ✨✨✨
Have you ever seen someone more excited to be getting their nose booped by a country bear? . . . . . #magickingdom #countrybear #liverlips #waltdisneyworld #wdw #disney #christmasparty #mickeysverymerrychristmasparty #verymerrychristmasparty #disneyalumni #disneyprograms #dcpspring2019 #disneycareers #countrybears #disneyworld #orlando #florida #magic #mickeymouse
I’ve missed this place something mighty! SO glad I was able to stop on for the holidays. Christmas at DAK is something to behold 🎄💚
Wishing I was on sunny Main St. U.S.A. instead of snow covered Tennessee...maybe soon? 🤔☀️